On most Polaris RANGER vehicles, the battery is located under the seat. Accessing the battery requires removing the seat. Seat removal instructions can be found in your Owner’s Manual.

On RANGER CREW models, the battery can be found under the rear seat.

On RANGER XP 900, RANGER 1000 and RANGER XP 1000 models, the battery is accessed by removing the right rear-most passenger seat, as shown below, and removing the storage bin. 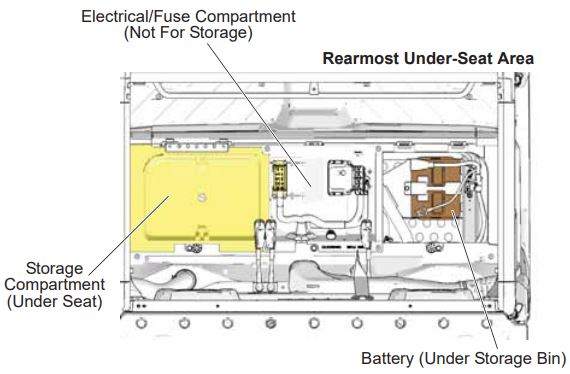 On Series 11 RANGER vehicles, the battery is located under the left rear fender.

On RANGER HIPPO models, the battery is located under the HIPPO unit, as shown below. 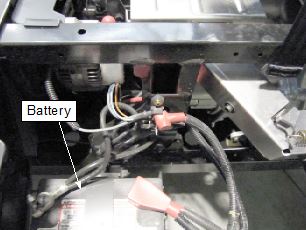 Also note that some model year 2021 and newer RANGER models feature a dedicated outlet for trickle-charging the battery during periods of extended inactivity. This outlet can be found on the dash. For more information on charging your battery, read Battery Charging and Maintenance Tips for Polaris Off-Road Vehicles. 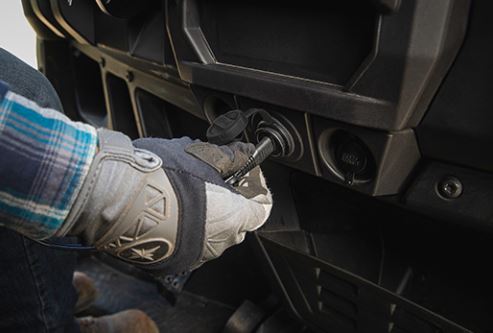 Additional maintenance procedures, including battery charging, battery removal and battery installation instructions, consult your Owner’s Manual.
To find replacement parts, view the online parts catalog.
To find a Polaris Dealer near you, use the Dealer Locator.